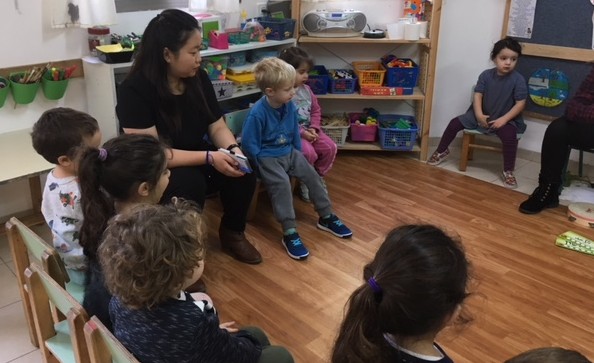 During January, twelve Monash pre-service teachers embarked on an amazing International Placement Experience (IPE) to Israel. The Israel expedition was four weeks in length, which saw the Monash students experience the bustling Tel Aviv, the desert in the Arava and the mountain side city of Haifa for three weeks of teaching practicum.

The teaching experiences for the majority of the pre-service teachers, prior to Israel, had not yet included teaching English, nor English as an additional language (EAL). This being the case, the students arrived with open minds, clear eyes and a willingness to learn as much as they could.

The students were placed across four different schools that would cater for diverse teaching areas, including early childhood, primary and secondary. Each school was vastly different to the next, despite the close proximity of the schools.

The practicum experiences were supplemented by a range of educational activities run by Oranim Academic College, which were underpinned with a strong theme of sustainability. From language to culture, all students had exciting and interesting experiences which will have a profound impact on their future teaching practice. 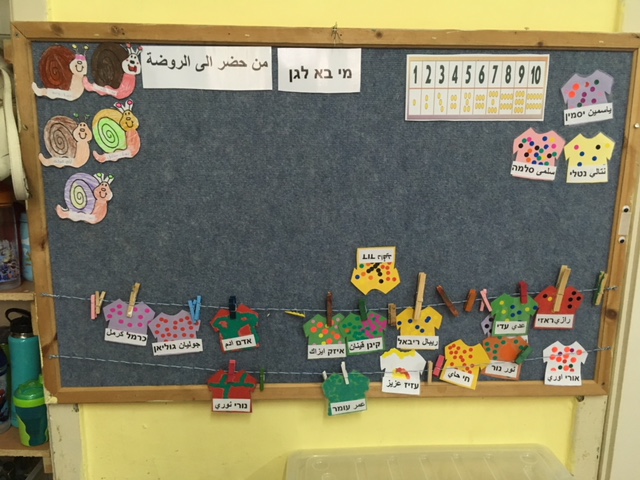 Lee Tsin Chong and Wen Yang Wu were placed in a Hebrew-Arabic bilingual kindergarten. This placement was challenging as the students had minimal methods of communicating due to the language barriers.

Instead of conversing in English, most of the time body language and hand gestures were used. This was a tool both pre-service teachers used. An additional challenge was completing an activity in English and having a teacher translate, as sometimes the translation would not be very accurate.

Despite the challenges, other methods of communication were used, and music was seen as an effective means to close the gap. After singing one song a few times, some students were able to hum along. Gradually words were added by singing more slowly so the children had the opportunity to pick up some phrases. Although the children may not have fully understood what was said, they were thrilled by the experience.

Aishlinn Farrow and Emma Robinson were placed in an Arabic school, teaching students from grades 3 to 8. As a small, mainly Arabic speaking community with only one primary school servicing the area, resources and supplies were somewhat limited. Despite this, it was evident that there was a determination and commitment to teaching and learning, valued by both staff and students.

Students’ capabilities in English – reading, writing and oral skills – are far beyond that of students in Australia who are learning a second language. Aishlinn and Emma experienced great success teaching these students as their motivation and persistence during their English classes far exceeded their expectations.

Both pre-service teachers found creative ways to effectively communicate with them, whilst students quickly adapted to code switching, given that English is technically a fourth language after Arabic, Hebrew and written Arabic.

Benjamin Stein, Grace Lin and Cat Anderson completed their placement at Ehud Elementary, attending classes from grades 3 to 6 including two special needs classes.  The fourth grade special education class was comprised of 12 students with a range of high to low functioning autism.

This presented a number of challenges, as there was not only a language barrier but also communication issues with the students. However, this allowed for the development of alternate and creative ways to communicate with students. Additionally, teaching third grade students who are still learning English at a beginner level was a new practice, allowing for the refinement of their methods of communication such as relying on body language and visuals cues, in order to communicate.

Emma Williamson, Ian Gaertner, Jade Hubben, Jade O’Connor and Yuchen Zhao were placed at the private school Reali Matos, which has a strong focus on science, nature and the environment. Much like the other groups the language barrier was a challenge; however, the students were very attentive, focused and their will to learn helped bridge the communication barrier.

The pre-service teachers found that having to slow down and explain everything as simply as possible makes one work differently. This practicum journey widened their perspectives and equipped them all with new skills, tools and strategies. 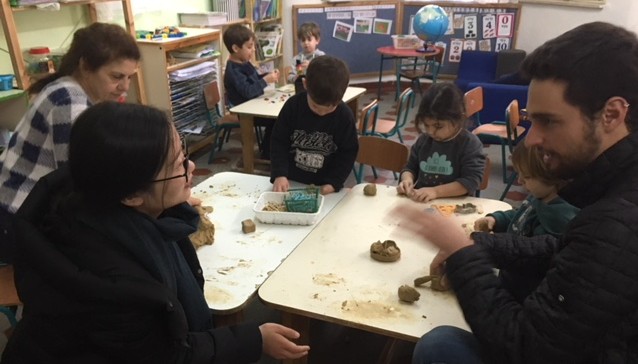 The Israel IPE was nothing short of exceptional. The cohort of Monash pre-service teachers were able to draw similarities between teaching English in Israel to teaching additional languages in Australia. Yet the manner in which the Israeli students engaged so readily with foreign languages was particularly inspiring, and they hope to be able to put some of their experience and new-found skills into practice in Australian classrooms.

The students’ capabilities far exceeded expectations and provided an in-depth insight into teaching and learning English as an Additional Language. As to the content students learn in Israel, it was advanced compared to that taught in an Australian additional language classroom.

This IPE experience was an invaluable experience that has helped the pre-service teachers develop unique and diverse skills, which they may not have been able to experience in such an authentic way in Australia. In returning to Australia, they hope this powerful educative journey will enable them to be adaptive teachers that can cater for a diverse range of individual learning needs.