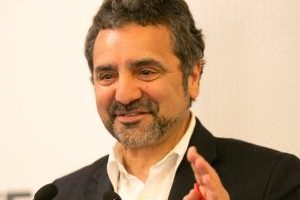 Joseph Lo Bianco is professor of Language and Literacy Education in the Melbourne Graduate School of Education at the University of Melbourne. Currently he is completing a four year project in SE Asia on language – policy and peace building in conflict zones in SE Asia.

In this talk I will trace the role of teachers of language into the sphere of planning and policy. While teachers can be active as policy influencers in their role as citizens and specialists in language and learning, they are policy planners in a more specifically professional way. Sometimes called educational linguistics I will describe some ways in which teacher talk, teacher language modelling and other classroom and communication practices represent language planning as much as language teaching.

The aim is to support both individual teachers and teacher associations to think of themselves in leadership roles. As our communities become increasingly diverse in a cultural and linguistic sense, teachers and teacher associations need to become more aware and more assertive of the their unique perspective on the language development and therefore the social, personal and educational prospects of young learners and the resultant effects of new conceptions of citizenship, new forms of economy and new kinds of identity.

Many of us enter the TESOL profession for the genuine joy of teaching English to EALD learners. The job, however, is much bigger than teaching English and the role of the EALD teacher is expanding to fit changing social and economic circumstances. In this presentation I outline the changing role of the EALD teacher, from being a teacher for our students to being an instructional leader for our mainstream colleagues and an advocate for our students and their families.

I talk about the ways we can take on these new roles by connecting to the larger TESOL community and migrant services and communicating our messages clearly to the public. Embracing our expanding role is key to ensuring our profession not only survives but thrives into the future.

Russell Cross is Senior Lecturer in Language and Literacy Education at the Melbourne Graduate School of Education, where he coordinates teaching and research programs in CLIL, TESOL, and Modern Languages Education. His research focuses on teachers’ work and teaching, with particular attention to the social, cultural, and political dimensions of professional teacher knowledge and practice from a Vygotskian sociocultural perspective.

This theory-focused session introduces a new concept—social justice dispositions—that we are using in our research to advance understandings of how educational advantage and disadvantage are enacted through teacher practice. Informed by the social theory of Pierre Bourdieu, we understand social justice dispositions as the tendencies and leanings that provide un-thought guidance for socially just practice.

We argue that this construct helps reconcile and account for the disjuncture often observed between what teachers claim (beliefs) and do (practice). Rather than suggesting that the dissonance between belief and practice lies in a deliberate intention to deceive—such as an unwillingness to admit a certain form of favouritism under interview conditions—we maintain that sometimes, perhaps even most times, the cause for this disconnect lies less in what teachers consciously claim or name as their beliefs, than an ‘unthoughtness’ behind how they are oriented to respond to certain social situations as practice.

Blending Bourdieu’s ideas with cultural historic activity theory, we consider the relationship between teacher disposition, contexts, and practice, to identify possibilities for new forms of more socially just practice as it relates to teachers’ pedagogic work in differently advantaged settings. We argue that this is valuable across all domains of educational practice, but especially for additional languages teachers working with students from CALD backgrounds, who might be marginalised due to differences between themselves and the mainstream, dominant cultural and linguistic group.

Robyn is an Assistant Lecturer in the Faculty of Education. She has worked in early childhood education as a preschool director and teacher in adult education and training.

The VicTESOL pedagogy presentation is designed to represent diverse parent and child perspectives of self and action through challenges and triumphs of sustaining heritage language and culture in Australia. The socio-affective dynamics can socially and subjectively mediate aspects within the construction of one’s sense of self.

What does this indicate for educators’ practices to support the sustaining of family heritage for EAL students? Narratives from research present diverse scenarios that are analytically discussed to inspire authentic and strong embracing to students’ sense of self in being, belonging and becoming as bilinguals.

Thinking beyond the classroom with Museum Victoria. In this session we introduce resources from the Museum that engage in different ways with languages and cultures. Ideas for creating and expanding networks of knowledge and people around these themes are discussed.

Following 14 years as a NAATI accredited translator and tertiary Spanish tutor and lecturer, April completed a Master of Teaching at Melbourne University specialising in TESOL and VCE languages assessment. After a swift promotion to the role as the EAL Coordinator in a low-SES secondary school, in which she actively promoted EAL Learner needs across a range of curricular and extra-curricular settings, she has now taken her passion and expertise for second language acquisition and pedagogy into her role as a school Teaching and Learning Leader.

With the objective of promoting EAL learner needs together with whole-school literacy improvements April uses a variety of forums as a means to benefit not only EAL learners but also the large number of Non-English Speaking Background students across the school.

We all act as Leaders in our role as EAL teachers, irrespective of our educational setting. Every day we strive to improve the social and academic learning of our EAL students. Yet sometimes the sheer nature of an EAL teacher’s job demands impedes the strategic planning that will benefit our students across the educational setting. In this presentation, a range of simple and practical strategies will be explored providing inroads as to ways to raise the status of EAL learners and the staff that support them.

Using collaborative forums in the areas of strategic planning, curriculum development, online documentation and communication this presentation will demonstrate that every one of us can further the EAL cause in a variety of far-reaching ways; ways that can also benefit a wide range of NESB students and the teachers that work with them.

Dr Angela Cincotta-Segi is Coordinator of Student Learning at La Trobe University. She has managed and taught in academic language and learning, university pathway and ELICOS programs and has taught and trained teachers and trainers in English as a Foreign Language and English for Academic Purposes in Australia, Laos and Japan. She has also lectured in sociolinguistics, language policy and Lao language, and worked as an educator, advisor and manager on international development projects.

In her current role, she leads the La Trobe Student Learning team in enabling students to develop their academic literacies and learning for success. Her current research interests include language-in-education policy and EAL students in higher education, equity discourses and non-traditional students’ language and identity, and ethnographic research methods in linguistics.

The multilayered approach: Language support and development in the Australian University context With increased social, cultural and linguistic diversity of our university populations, and a greater understanding of the contextual nature of language learning, support and development opportunities for university students with English as an additional language have shifted from the remedial EAL classroom to the wider learning – and living – contexts of our students.

This workshop will present an overview of the ways in which language development opportunities are delivered to students at La Trobe University within, alongside and outside the curriculum and the models underlying this. It will then ask participants to evaluate some of these programs and consider their relevance to participants’ own learning and teaching contexts.

Howard Nicholas is Associate Professor in the School of Education at La Trobe University. Over many years he has worked in EAL learning in preschool, school and adult contexts. His research explores processes of child and adult additional and plurlingual language development, language policy and the language user’s communicative repertoires as well as learning with mobile devices.

In this presentation I will explore ways in which a rich view of the communicative repertoire can help to identify the resources that learners have and need for learning and life. I will use the Multiplicity framework (Nicholas & Starks 2014) to explore ways of answering questions about what “language” is and how it is learned in order to frame ways of thinking about and teaching English as an additional language for learners from the diverse backgrounds and with the diverse life purposes that we find in current learning settings.

Please see below for more details regarding this panel.

Building Communities Beyond the Classroom

To return to the VicTESOL Symposium page, click here.